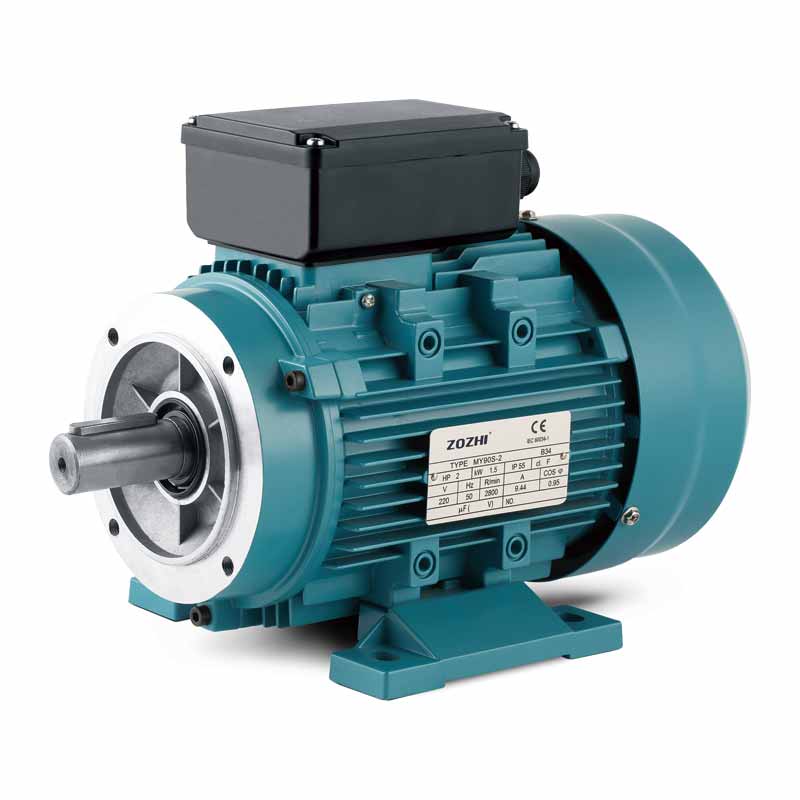 When a single-phase supply gives a single phase motor, it produces a pulsating magnetic field that is not rotating.

Current through a conductor produces a flux. This flux can be resolved into two components, rotating in opposite directions at the same speed(slip).

As a result, the net flux is zero, the induced current in the rotor conductors is zero, resulting in zero torque. So, a single-phase induction motor is not self-starting.

Single-phase motor is the most familiar of all-electric motors because they are extensively used in home appliances, shops, offices, etc.

Single-phase motors are a less efficient substitute for 3-phase motors, but 3-phase power is usually not available except in large commercial and industrial establishments.

Thus, as they are of the same magnitude but opposite in direction, these force vectors don’t cause the rotor to rotate. So, single-phase induction motors are not self-starting—the motor buzzes in this condition. The starting force must be applied for a single-phase motor to prevent this situation and rotate the rotor. The rotor starts turning as the force in one direction becomes more significant than the force in the other direction. In single-phase induction motors, Auxiliary windings are used for this purpose.

This site is protected by wp-copyrightpro.com